My latest built from scratch low poly models. These represent Sumerian / Akkadian / Kuti / Mari warriors from Mesopotamia in about 2000 BC. I made a standard warrior and equipped some with axes, bows and javalins. One single texture map for all with some variations in faces and costumes. Each model is about only 2000 polys. There are normal and specular maps to add detail. 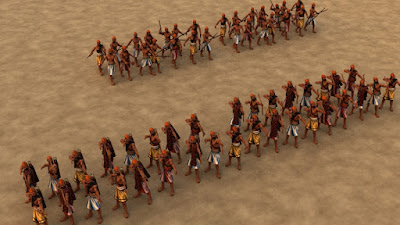 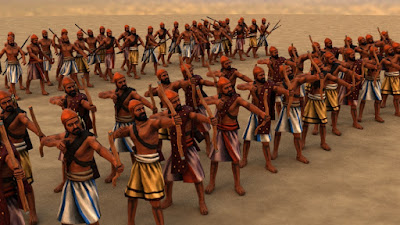 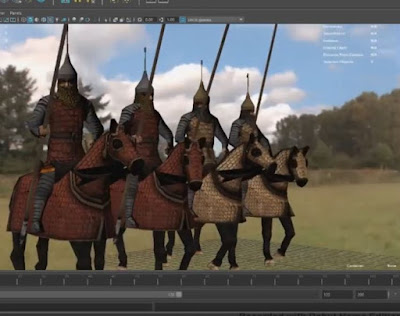 There is a huge variety of 3d assets within computer games waiting to liberated and put to use in wargames or other for other applications. The models can be taken out of these games by a form of screen grabbing which captures the 3d meshes and textures. I'm finding it really useful to research how the models are made as I'm learning how to make these things right now. Its fascinating reverse engineering these and applying what I learned to my own designs.

The software you that I usefor this:

Ninjaripper  -  this samples the game you wish to rip models from

Noesis - this converts the .rip files that Ninjaripper get into something useable

My Youtube guide for doing all this is here

Uploaded the army for use in any online game on Tabletop Simulator. 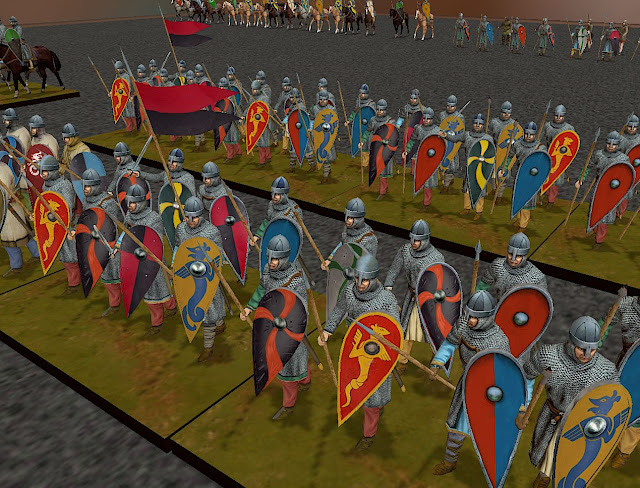 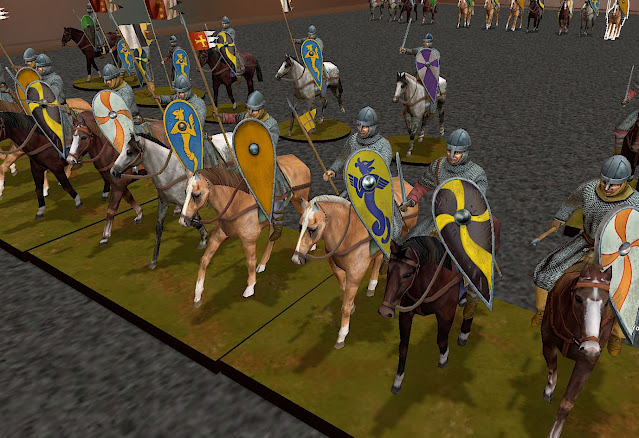 I have been modding 3d game characters for a while and really wanted to build some from scratch. With most of the work done during lockdown early summer 2020 I have just got round to finishing these models. They are low poly figures in multiple poses and with many possible variations in colours and costume texture maps. They should be easy to multiply into armies of hundreds without crashing anything. They are pretty historicaly accurate and researched I think. They include image, bump and transparency maps. They were made in Maya and rendered there with Arnold. 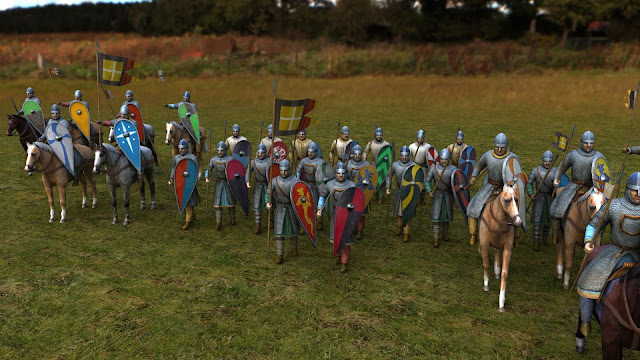 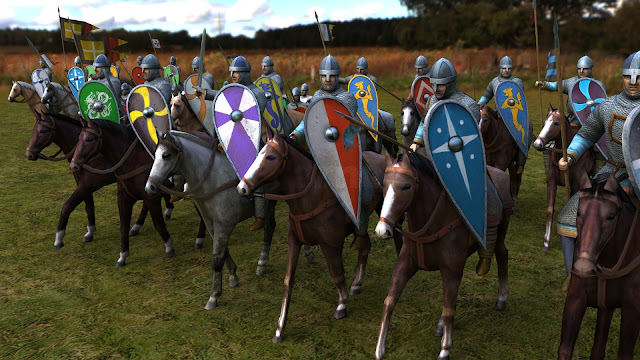 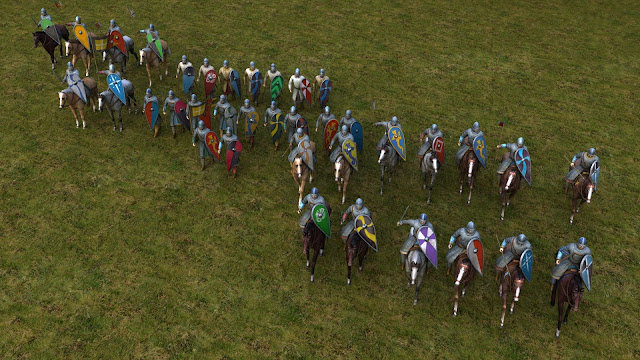 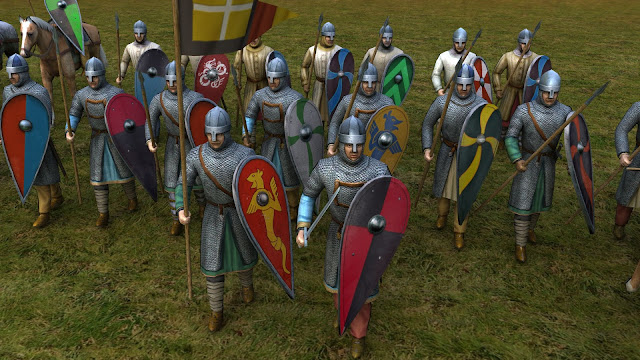 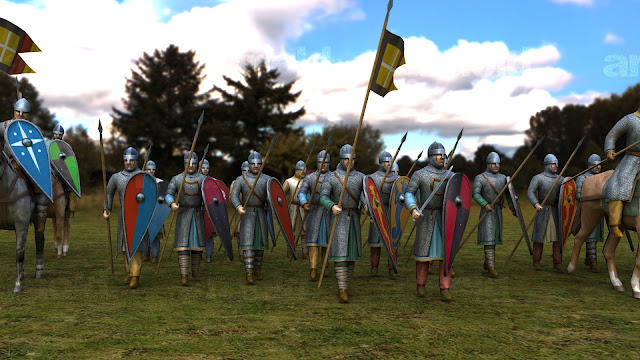 I wrote an earlier post showing basic steps to make a basic 3d character. I then made a movie tutorial ( my first one ever) . Unfortunately I put a music soundtrack on it and it was kicked off Youtube. I just found the edit files so went in and removed the music .. and here it is .. again ! This makes clean topology ready to rig mesh bipeds. Can be used for cartoony or much more realistic style characters. Click here to see the tutorial movie. The text based step by step instructions are here. 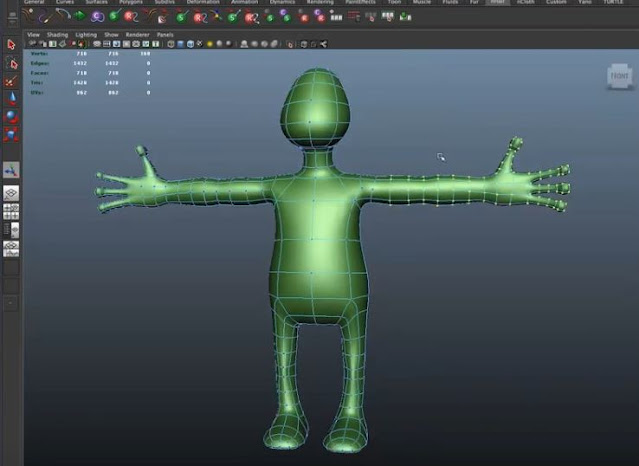 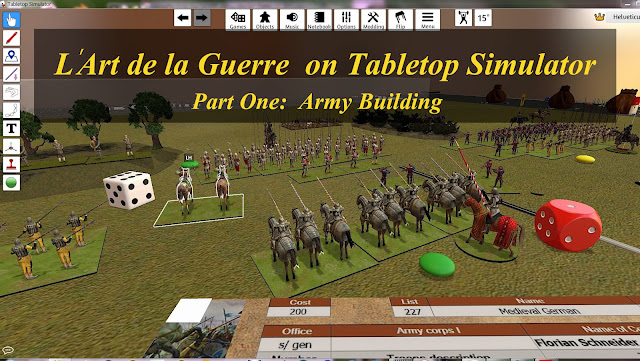 I made a set of simple tutorials on the basics of setting up the wargame L'Art de la Guerre on Tabletop simulator.  You can go to the first one by clicking here or the on the picture above.

The other two tutorials are here:

Wargaming with Miniatures - with Tabletop Simulator

I've discovered during Lockdown that my favourite tabletop wargame 'L'art de la Guerre' has been turned into a 3d online game. Tabletop Simulator ( TTS ) is a 3d gaming platform which allows you to recreate your favourite games and play them in real time against real opponants.

You can construct all the boards, parts, cards etc needed and they move with simple controls. Its problably based on Unity or something but it has a simple interface and is customisable by adding simple 3d models as .objs r .fbx. Flat art can be put onto cards etc as jpegs and pngs.


The L'Art de la Guerre game board and miniature armies have been put together for TTS by Massimo Gamberi - an Italian wargamer. Since I discovered it I have figured out how the mods work and added four or five armies myself.

The base figures are taken from existing 3d computer games such as Field of Glory or Rome Total War. Then the models are file converted using Blender and adapted and posed in Maya. They can then be imported into TTS and saved as 'Workshops' in whole army groups which people can access and bring to their own games.

When I edit the models in Maya I am looking to make two or three poses to mix up and then up to four different texture varaiations ( to make over 16 combinations of shield design, clothing, heads etc) . I can also mix up the horses and positions / facing directions to make them look a bit less uniform.

Once I have a selection of individuals I can group them into bases of units - some mixed and random lik ethe barbarians. Some will be close ranked and uniform like this Roman army I put together.

Heres a Youtube video I made just showing a medieval army selection I put together.

There's a Facebook group for ADG with TTS here

08 Tutorial to make a breakdown of your Nuke composite


This tutorial shows a simple way to make a labelled breakdown of your composited sequence. This would be useful if you are making a showreel and want to show how you made a visual effect or alterations to original filmed footage. Made for my students at Greenwich University to make breakdowns of their projects during the Coronavirus term extension allowed through April.

Breaking down and comping a single 3d render using Nuke. The multipass 3d render is separated out into the various constituent passes - diffuse, specular, shadows, ambient occlusion. Then they are layered up one at a time over the background footage. This tutorial uses Maya with Arnold and NukeX

Video tutorial on planar tracking using NukeX . Part of a series of basic skills for VFX work. This video is an english language version of a video made in Hindi by learning lab. The free to download footage is from Hollywood camerawork


This tutorial was recorded at Greenwich University in 2020. This lesson was to demonstrate a VFX method for making a good chromakey combining a good subtle key for edge details and hair plus a hard key for keeping interior details. Learn to get a good edge key using Keylight. Also using Keylight you can make and add an InMatte . Using a Roto shape you can make an OutMatte garbage matte.


This tutorial was recorded at Greenwich University in 2020. This lesson was to demonstrate a VFX method for making a magic flying bowl of carrots. This is a basic lesson covering ROTOSCOPING, CLEAN PLATE use and MERGING to remove unwanted elements in the footage.

A simple tutorial for merging through to a clean plate to make an object fly. We will remove the unwanted prop and hand of the operator to make the pistol appear to float into the air. This tutorial will teach skills in clean plate production and rotoscoping as well as simple grading and image manipulation

Intro to 3d Compositing and Projections in NukeX

Lecture at Greenwich University for the VFX Principles module 2020. Recreating a 2d still background in a 3d environment. Adding a chromakeyed person to the scene and making a 3d camera move into the scene. The tutorial is an introduction to the basic 3d nodes and to cards and projections within the 3d environment. Footage can be found and downloaded at the Hollywood Camera Work website . www.hollywoodcamerawork.com The warehouse can be found on Google

So as part of my new role teaching VFX at the University of Greenwich I am recording tutorials which I have made. Here's the first one I've recorded from home.


Before last Christmas 2018 I worked at Toast TV in Soho on a 2d character animation in Aftereffects. The 30 second animation was a Trinidad cinema commercial for an optician.
Posted by 0lly at 05:52 0 comments

3d render from 2014 project for the digital archives of the Sundance Film Festival. Sponsored by HP the archive was launched at the festival and I produced the HD projections for the room where the archive was being promoted. More images, movie and info about this project here. 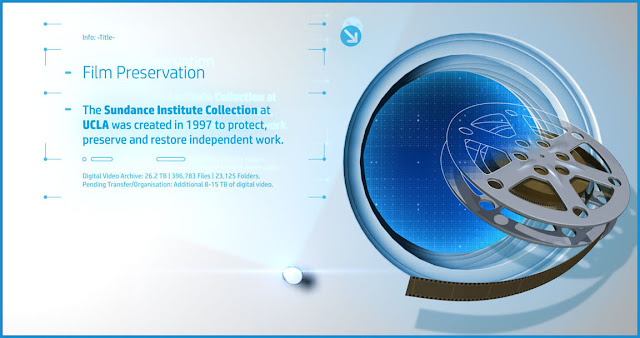 I've worked on many pop promos and music ads and events since the early nineties. Amongst many artists I've made graphics featuring:  Bjork, Andrew Lloyd Webber, Lana Del Ray, Abba, Frank Sinatra and a host of lesser known acts.

There was a boom in online gambling around 2010 and I worked on a whole lot of different projects for brands Bet Fred, Sky Vegas, Poker Night Live, CelebPoker, Coral, Gala TV, Betfair TV, Racing Post, Bingo on the Box, Bingo Palace, Golden Palace, Super Free Bingo. There were a mixture of TV and online advertising plus we made actual programme and game onscreen graphics assets. Some graphics were for live playout systems - others for the programme editors to use. I made a short compilation showreel with some of the best bits here.

Olly Tyler Maya modeling, texturing, compositing, directing and supervising - taken from commercial and private projects between 1999-2016. I have been using Maya since it came out as version one. Before that I used Softimage for my 3d. I am expert at modelling, texturing, lighting, animation, rendering Mental Ray. I also know some dynamics, particles and rigging. One frame here actually shows models made from cardboard - maybe you can guess which one ?? ;)

Recently I created three one minute spots for Hearst promoting their magazine subscriptions. The project involved making a 3d magazine that would bend convincingy and of which the pages could be flicked through to show content. 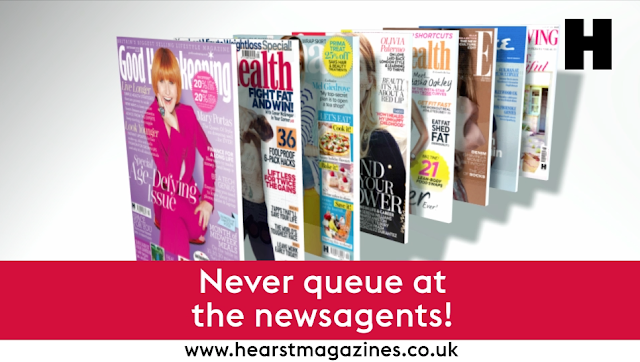 There were challenges keeping the pages from intersecting through each other and also moving pages relative to the spine of the magazine. Each page had to be able to bend as they flip so they looked convincingly  paper-like. 3d was all made and animated/rendered in Maya. 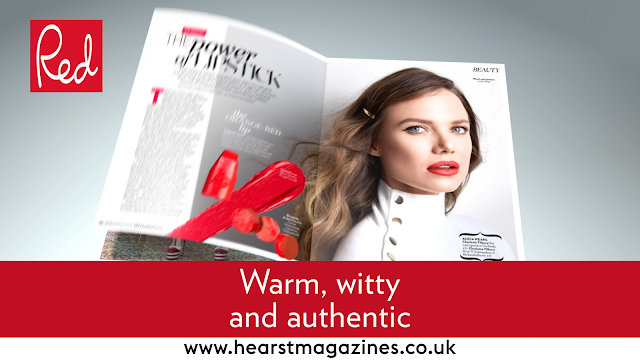 There were also 2d animations of text, logos, straps, prices etc. All 2d animation and compositing was achieved in AfterEffects 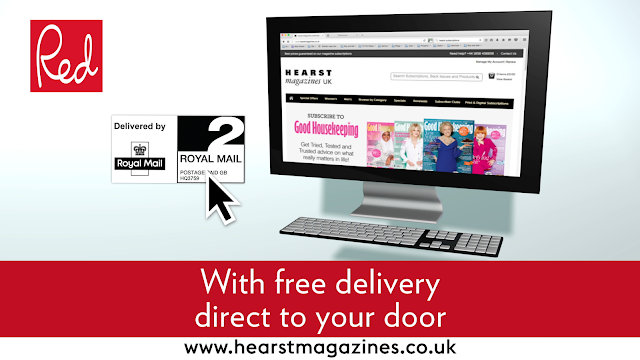 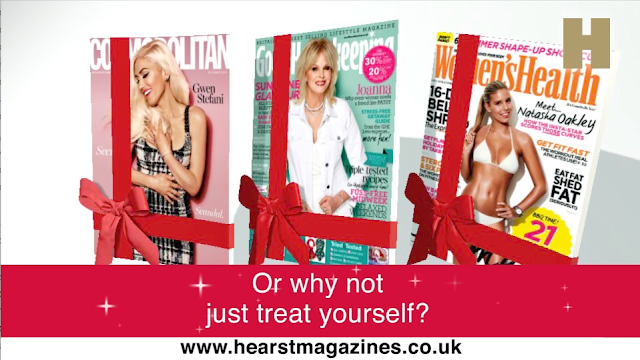 The  Magazines film included a 3d bow animation which ties around the magazines.

You can watch the film here.

A selection of my Motion Graphics from over the years. 2d Aftereffects and with frequent 3d and live action elements.

To see less of my 3d work and more of these 2d motion graphics  I have this showreel.

This website is for my freelance and personal work plus some of my former company's projects, It includes television graphics, animation and compositing for events, digital, tv, personal and corporate work. I have been creating digital arts and computer graphics within the London media industry for over twenty years. Please mail me if you want to get in touch: ollyzero AT gmail.com